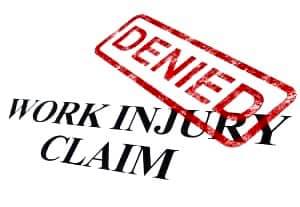 In the case below a CBP Officer filed a CA-1 for an eye injury that took place during a Use of Force incident. The Office of Worker’s Compensation (OWCP) denied the claim and the CBP officer proceeded to file an appeal with the Employee Compensation Appeal Board (ECAB).

The ECAB hears appeals taken from determinations and awards under the Federal Employees’ Compensation Act (FECA) with respect to claims of federal employees injured in the course of their employment. The ECAB further ruled that the OWCP rightfully denied the CBP Officer’s claim since the medical evidence failed to establish causation for the eye injury.

RULING: The ECAB found that the OWCP properly denied a claim, as the claimant did not meet his burden of proof to establish a left eye condition causally related to the accepted employment incident.

WHAT IT MEANS: Medical evidence that does not offer an opinion regarding the cause of an employee’s condition is of no probative value regarding the issue of causal relationship.

SUMMARY: A customs and border protection officer filed a traumatic injury claim alleging that he sustained an injury to his left eye during defensive tactics training while in the performance of duty. He stated that his training consisted of baton and OC spray instruction, as well as physical contact with instructors. The OWCP denied the claim, finding that the medical evidence was insufficient to establish that the claimant sustained a condition causally related to the accepted employment incident. The ECAB found that the OWCP properly denied the claim. The claimant submitted reports by his treating ophthalmologist. The ophthalmologist diagnosed him with localized retinal detachment, floaters, and nuclear sclerosis. However, he offered no opinion regarding the cause of these conditions. The ECAB explained that medical evidence that does not offer an opinion regarding the cause of an employee’s condition is of no probative value regarding the issue of causal relationship. In another report, the ophthalmologist stated that the claimant experienced a blunt force injury to his left eye during the accepted training exercise, and he opined that any physical impact to the head/eye area would be a contributing factor to retinal tear or detachment. He did not, however, provide a pathophysiological explanation as to how the employment incident caused or contributed to the diagnosed conditions. The ECAB found that the medical opinion was conclusory and lacked the specificity and detail needed to establish the claim.Final point, the injured employee has the burden of establishing the occurrence of an injury at the time, place, and in the manner alleged.